Share a memory
Obituary & Services
Tribute Wall
Read more about the life story of Rickey and share your memory.

Rickey Lynn Black, 72,  passed away peacefully surrounded by family at his home in Longview, Texas home, on November 18, 2022.

Rickey was a decorated veteran, who served in the Vietnam war and spent another 4 years in Visenbott, Germany.

Rickey was born on June 15, 1950, in Hot Springs, Arkansas to his parents, Francis and EE Black. When he was just 19, Rickey decided to join the army and was stationed at Fort Bragg in North Carolina. Rickey would go on to serve in the Vietnam war. After serving in the Vietnam War, Rickey moved to Longview, Texas where he met and fell for Diana Masterson; who he soon married in 1998. Rickey and Diana chose to settle in the town of Longview, Texas.

Rickey started working at the Longview News Journal in 1994, he worked there for 7 years. When he wasn’t working, Rickey had a passion for woodwork and running.

Rickey was predeceased by his parents, EE and Francis Black; and his sister, Patsy Black.

He is survived by his children Beth Satterfield, Lori Cruz, Brad Black, and Tasha Pearson.

Celebration of life plans are pending.

To send flowers to the family or plant a tree in memory of Rickey Lynn Black, please visit our floral store. 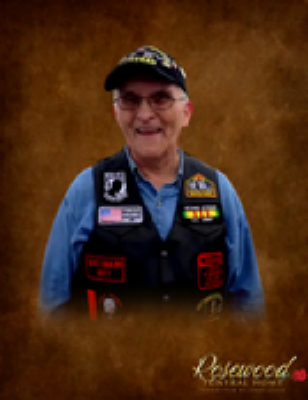 Look inside to read what others
have shared
Family and friends are coming together online to create a special keepsake. Every memory left on the online obituary will be automatically included in the book.

Look inside to read what others have shared

Family and friends are coming together online to create a special keepsake. Every memory left on the online obituary will be automatically included in the book.

You can still show your support by sending flowers directly to the family, or by planting a memorial tree in the memory of Rickey Lynn Black
SHARE OBITUARY
© 2023 Rosewood Memorial Funeral Associates. All Rights Reserved. Funeral Home website by CFS & TA | Terms of Use | Privacy Policy | Accessibility